The Power of Modern Youth

This article was originally Posted as
”Youth Is Directionless But Not Irresponsible..” by ”Anubha Shukla‘s Blog”

Usually I don’t write down personal incidents on my blog but series of confrontations with a few questioning minds made me to express my views through an incident that happened with me two days back. On friday morning, me and my classmates were eagerly waiting for our advertising class which is taken by a very experienced and charismatic person. For his introduction, I would just like to mention that he headed Public Relation Society of India (Delhi Chapter) and this is just a feather in his cap.

He started off the class with enormous energy as he usually does discussing the ‘publics in public relation’.While explaining further he cited the example of ‘Anna Hazare Movement’ and his first statement was-“This movement is going to die off, nothing will happen.” One or two of my friends, (who volunteered  with me at Jantar Mantar while Anna was on fast) tried to convince him that revolution starts from somewhere but their mincing words failed to do so. He put his point more strongly by making one of the volunteers to stand and asked, “What have you done for the movement since you have come back from Jantar Mantar? Did you write a single letter to editor or even a blogpost? ” The expected answer came from the boy-No!

The sir went on- “You people just create euphoria, if you want to do something start from your own home.It was just a 5 days fest and now everything is gone.” I was listening to all this and ultimately can not resist myself from raising my hand while saying, “sir, I want to say something.” He allowed me to speak and I started, ” Sir, I am connected to this movement from past six months when it started in November last year. Since then, I have written ten letters to editor those have been published in Hindustan Times. I have made the people aware of ‘JanLokpal Bill’ through a special facebook account and Google buzz.I attended the India Against Corruption rally on 30th of January at Ram Lila Maidan.I have been writing blogposts twice a month adressing such issues and I don’t think I have done anything special because I am not the only one. ” Suddenly, he stopped me and smilingly uttered, “In the language of advertising, your product has been sold. Lady you will not let this movement die and I am complimenting you.” Normally, he never gets convinced so early still I preferred to halt myself.

After few minutes, again he touched the wrong strings. ” A simple bill can not curb corruption.Nothing will happen because corruption is so deeply rooted in this country. One or two people can’t bring the change”.You can call it my stubbornness, but I raised my hand again. This time he said, “lady you can put your point but I won’t say a word.” Still I asked him, “Will you agree sir, inspiration can be positive or negative?, He moved his head in affirmation and I continued, “When last time I went for IAC, only one person followed me, but this time at Jantar Mantar, four of my classmates came along with me.Something positive inspired me to volunteer there on my birthday rather than partying with friends. But the way you are treating this issue, next time I won’t find a single person from this class to accompany me because of negative insipration. My only question is why to be so cynical?”. He didn’t say much but just smiled and said, “I am not spreading negativity, I am just motivating you people.”

Though I expressed my viewpoint but frankly speaking, I was a bit scared because I knew that my teacher is going to complain about me to my Director and I will face a tough time.In that 3 hour class, we get a break of 10 mins after one and half hour is over.In the break, he called me up and asked my name.He also asked me about my career plans and gave me some nice suggestions regarding the same.He offered me his help in case I need it in future. If I am not wrong, he was convinced!

The only point to explain the whole incident is to make the people realize that Youth can be directionless,lacks inspiration, contentious and sometimes rude but is not irresponsible. Once it gets a direction, a goal, a particular way, youth is the best asset any country can have to curb any social menace. So, please don’t distrust them rather than provide them a direction, a platform where they can voice their aspirations. I know a 18year old, modern young boy teaching small kids at a village on his birthday and filing more than 120 RTI petitions. I have seen a 19year old actively working with a NGO for the betterment of environment.And this list is endless. How can I be cynical? Let us fail, let us struggle.Even if we return with nothing we have the courage to start again. Remember, with experience you never start with ‘0’, you always start with ‘1’.If you can’t do anything for us, atleast don’t be cynical. As I always say, If you can’t talk positive, atleast be neutral rather than spreading negativity. You never know, who gets inspired from you. 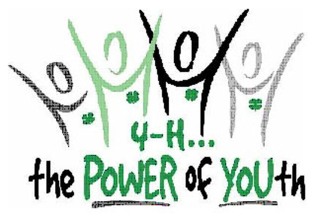 This article was originally Posted as
”Youth Is Directionless But Not Irresponsible..” by ”Anubha Shukla‘s Blog”