The Amazing Scene
The Cloudy Weather
The Dark Ambiance
The Cool Breeze
The Aromatic Air
The Fresh Winds
The Precious Drops
and, The Flooded Streets 😛
This is what happens
When It Rains. 😉

Our Pity Little Mind
filled with Ying-Yang Rhymes.
Thinking Right or Wrong,
Spreading Love or Hate,
Dwelling Respect or Ego,
Doing Perfect or Mistake,
Becoming a Friend or a Fiend,
Admiring Truth or Lie,
Building Trust or Betrayal,
Raising a Rose or a Gun,
Preaching Peace or War,
Making Heaven or Hell.
All over this supreme Duality
Either we Live with it or just Fake over it.

Is it the End of the Beginning ?

Why such questions
are still hovering in my mind ?
Why such voices don’t
pass through their heads
while committing any crime ?
Shredding the Glory,
Losing every single Morality,
Raising the Cruelty and,
Without any Epiphany
to every Extent.
Spoiling the Dignity,
Retaining the Irresponsibility,
Breaking the Unity,
Degrading the Society and,
Killing the Humanity
until it’s all Extinct.
Filled with
The Corrupts,
The Hypocrites,
and above all
The Rapist minds.
Not a single place
to run away from them,
Not even a single place
to Hide.

The questions will
keep on coming
until they blow up
your tiny head,
It’s High Time fellas
Really need some
Action and Aggression instead.
Raise your
Voices and Fists
for the Revolution,
Don’t sit and talk
like a douchebag
in a Cafe Coffee Day,
Keep on fighting
until you die hard,
even if we’ve survived
from that 2012 doomsday.

My Silly Shitty Hovering Mind .. From Darkness To Sunshine

Ain’t dreaming about
any moment or opportunity
to come and chase for,
Ain’t running towards
success and achievements
to brag myself more.
Even not begging for
some fame, priviledge,
money and blessings to pour,
And really, Don’t wanna
keep on dealing with
these Shits like a moron.

Maybe .. I’ve fallen
into the darkness,
Maybe .. I’m in the
centre of cynicists,
Maybe .. I feel like
an ”Indian Nigga”
who’s ignored sometimes
and even left behind.
or even, Maybe I’m
simply just another victim
of a Shithole Politics.

Despite of all
the Omens of my Life,
Let’s keep them
apart for a while,
Jumping out from
my pity graveyard,
Cutting down the tension
with a Sharp Knife,
as There does exists
my Time to “Shine”.

Just keep learning
from my past li’l mistakes
and moving on further miles long.
Ignore the Bullshit trash-talking
and keeping mind and soul Strong.
Just a Lonewolf
in this Dark Jungle
Dwelling a New Cult
against the Mean Cunts,
Raising Hell with
some Raw Attitude
Making an Optimistic Ego
more damn Blunt.

Lend a hand in our care
Show your love with your hearts bare
Show us that you respect and care
Isn’t it a chance that’s fair! 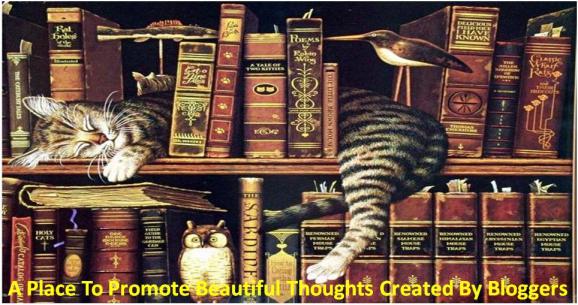 What is right,
Is difficult to decide
But what is wrong
Is easy to point.
That which brings you joy,
And makes you smile
No doubt, is considered worth while.
Whatever has been used as ladder.
If it gives you the desired pleasure,
People call it the real treasure,
People think a little more
Is it the ecstasy you’re looking for?
Remember if the heart is pure,
You’ll get the bless for sure,
When the heart is content.
Just don’t bother with the comments

But what is wrong,
is realized after the time has gone
Then the man is left alone
With his negative all grown
Now to come out of the plight
Again, he has to think of right.
Believe it or not,
What clear is the inner sight
And you have the power to flight,
Every wrong will surely transform into right.

This post was a part of  Thursday Poets’ Rally Week 53

India of My Dream

I dreamt of a Proud India
Peace helps in making
strong people and Nation,
which is the result of
India’s left long patience.
India stands for its
value and wealth.
Its culture, religion and people
are its strength.
Varied Cultural and Multi Linguisms
Inter Woven so well,
that truly denotes
the warmth of India as well.
Secularism a lesson of peace,
India has learnt
That Communalism, Casteism
and Fundamentalism should totally be burnt.

I dreamt of a Peaceful India
where national Integration has
led to Unity in Diversity,
and its Rich Heritage has
led to its popularity.
Holi, Diwali and Christmas
are celebrated together,
and Sacrifice and Patriotism
for the country has led to
Faith in each other.

I dreamt of an United India
where People born and grow up
with Vivid Imaginations,
Taking Ideals from many
as their source of Inspiration.
Creating Peace all the time,
Holding each others’ hand,
Banishing Discrimination,
Maintaining Co-operation,
Killing every aspect of
Terrorism, Rivalry
and The Deadly Corruption,
Giving proudly to India
The True Democratic Definition
of an Independent Nation.

I dreamt of an Incredible India
where we abide by tolerance,
to make India a land of
Endurance and Forbearance.
We need to show the World
what really is Independence.
Keep on Fighting
for Peace and Dignity,
Keep on Running
for Success and Victory
until the end.
Even if you’re scared to
bring this BIG CHANGE in your life,
May be you don’t have any clue,
But Don’t be afraid of nothing,
Just keep counting on everybody
to make this little dream come true.