After sketching a lot of Cartoons, Living and Non-Living Objects, Posters, Graffiti and even The Mighty Mascot for my College Technical Fest, I thought of sketching myself this time. Though it was totally freaking me out and even was feeling shy for a while, thinking of making my own sketch. Later I thought of making my own Cartoon first, for getting things started. So, I’ve drawn my Cartoon, during my Boring Class Lectures yet again :P, giving my Current Hairstyle, my Style of Wearing, and even I-Pod with Headphones for listening some Music. This is totally me. 🙂 Maybe Unique, but not a Counterfeit. Take a look around on my Creation. 8)

This Art has been posted in Paint Party Friday Week 22 and Sunday Sketches.

Well Guys !!
After studying and practicing more like HELL in Programming for years, I’ve finally came to one of its very cool and fascinating application : Gaming, on which I’ve made – A Rattle Snake Game in C/C++ Programming Language.

It’s a very Simple and Common Game, not that complicated and even not that challenging. However, It’s a great step to Get Started with Game Programming in C/C++. I’ve made this Game using logically sound Algorithms, Concepts on Arrays, Structures and Loops, and also DOS Graphics. However, It requires some nice Skills and more Practice to Built and Run such a program.

I’ve just done the Gaming Part, where you’ll get to see the whole body of the Snake (including its Head and Tail as well :P) moving accordingly to Player’s Key Movements.The Snake’s body gets increasing after consuming the Food/Egg on its way,which is quite animative. As obvious, the Game gets Over, when the Snake structs the Walls or even its own body foolishly :P. Moreover, I’ve designed an Instructions Menu for getting an Help in moving the Snake and a Scorecard which would keep an updated score during the Game, which hopefully would be an attractive and helpful thing to get notice upon. 8)

I would upload all its screenshots probably on my upcoming Post.

So far, I’ve laid emphasis on the Gaming Part,which has been completed and running successfully. But, Certain Animations are still required to make Game Intro, Menus and Outro are yet to be done. So, There’s an unfinished job for completing it in a whole. Hopefully, I’ll be able to complete’em just before my College Holidays.

As a matter of fact, many Elite Programmers have made so even more better than me, on various Programming Languages like – JAVA, PASCAL, C#,FORTRAN, PIKE, PHP etc. alongwith some  Modern Graphic Techniques like API, OpenGL etc., which are quite more compatible to Run successfully on my Platform as compared to mine.

But the purpose of making this Game, is simply understanding all the concepts which I’ve leaned so far and exploring furthermore in the filed of Game Programming.

P.S. :- It’s very very easy to play Game in your PCs and Laptops. But it’s F*cking too Hard to make such Games through Programming Languages. 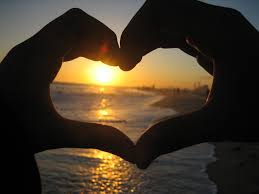 Because
Love is not inbuilt
in your Brain,
Don’t Use it
It’s lying inside
The Depths of your Heart
Then, Just Show it !!

and Room For Romance #12

Since I’ve told ya .. that I’m fond of RAPPING as well !!
So therefore , this tym I’m publishing a rap at here

and Its called, “ THE STORY OF THE RAPPER ”

well..without wastin’ NE tym….
For some time, Can I have your attention…
Lemme..Start a story of a boy..
who lives on his way of regulations..!!

NEwez…
He’s th guy..
Livin’ in ths modern era..
Thinks abt. 4 brthrhood n’ democracy .
And Like Y’all as well ..
He’s also typical fan of various things…
Which drives him too much crazy ^_^ \m/

He ain’t deviated 2 fame..
Doesn’t walk on the roads of perfecTn..
He tries 2 create his own destiny of ImproviZaTn..
n’ just hOpe n’ Xpects 4m othrs…
jusT a sense of appreciation !!

Moreover….He does many things like an artist ..
Mimicry , Graffiti , Rapping n’ other kewl skills…
If sum1 gvs him th opportunity..
He wud definitely make you a better way to feel   😉
Morever.. if You’ll give him
sum damn cans of ‘Mountain Dew’…
He definitely gnna show …
The tuffest S.O.B ..”Stone Cold’s” mimicry 2 u !! ;P ;P haahaa ;P

Well..in th field of extreme talents…
He’s now just a rookie..
Gotta learn sumthin’ more,
Ya infact .. did it all for the nookie…
Will bang again with his skills..
with a powerful massive roar…!! \m/ !!

with all such gud things…
n’ all such amazing talent + art …
beneath there’s an ugly truth…
he also has a sad part…!!
though his luv’d 1s un4tunately …
had left him toooo apart….
But he knws…
tht they r always in his heart..!!

Well…this is his life..
where he is alive..
this is the fortune…
n’ he dn’t regrets,
As he is the guy…
Who won’t gve up so easily…
N’ wud try to seize all those things…
with ’Hustle Loyalty Respect ’ !!