With You in my Life,
Voids of my Heart have been filled
Love you till the End. 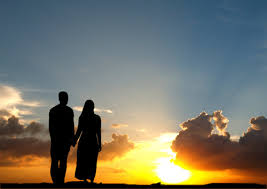 Love You Till the End 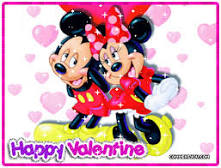 Well apart from Photography, Painting and Poetry, I’m also a fond of Mimicry or Voice impersonation. This is also one of my fine Talents, which I posses. I used to do this piece of Work during my Free Times. It was my way of entertaining myself and others as well, if they don’t get bored with it. I can do Mimicry of various Cartoons Characters, some of my Friends, my Teachers and even famous personalities from Bollywood like – Om Prakash, Ashok Kumar, Shatrughan Sinha, Shakti Kapoor, Sanjeev Kumar, Utpal Dutt, Mahmood, Amjad Khan, Dharamendra, Amitabh Bachchan, Ajit, Dilip Kumar, Feroz Khan, Nana Patekar, Pran, Amrish Puri, Gulshan Grover, Sunny Deol, Sunil Shetty, Sanjay Dutt and also very famous WWE Superstar – Stone Cold Steve Austin. Hmm.. Around 100+ different sounds I could produce from my mouth. Enough show-offs now. 😛

Still, I expect from people to appreciate my Talent, which I’ve hardly got from anybody. That’s why I hardly go for Mimicry. I did it last time on my Freshers Party Competition, where I didn’t give my Best Shot as I was getting nervous from the mad crowd and even forgot 75% of my scripts. However, many of my classmates know about my talent already as I’ve rehearsed in class a day ago. But still I wanted that I should do it and get the appreciation again, but later when I’ll get another chance to prove myself. Well, guess what? I’ve got a chance that month.
Well, we all were on a Mass Bunk and sitting with boredom outside at the Nesci Grounds. One of my classmates said to me, “Yaar Ashish!! Let’s have your Mimicry once again. What you say Guys?”. All of a sudden it happened that I’ve got shocked whether they are kidding by teasing me or they really wanted to see this act. Morever, I was not having any scripts to have something new and again the Nervousness prevailed though I knew the fact that some of them have already seen this piece of mine and even they know how good am I in it. Still, they demanded and allowed me to take some time for that. All ole ITians and even those new faces from DCE were excited to see that SHIT once again after a very long time. Well, without disappointing them I’ve started my Mimicry.

1st of all, I started with Pritviraj Kapoor (Akbar), fusing with the signature poses made by WWE Superstars Hulk Hogan, John Cena, D-Generation X and Stone Cold, in order to make it bit funny. Watching this unique act, everybody laughed on it which eventually boosted my confidence and I performed further. Then, also acted as other Bollywood Actors with famous dialogues in their style. And finally, the one of The Toughest Mimicry yet to be done, none other than Stone Cold Steve Austin. I even made my mates to participate here by saying, “ WHAT ? ”, whenever I take a pause in between my Lines, to make it real like Stone Cold does with the audience. I said and enacted on his very famous dialogue which he said during Royal Rumble 2002. At the end of my act we all shouted together, his famous catchphrase, “And that’s the BOTTOMLINE, Cause STONE COLD said so !! ”. And then, I took two Pet Bottles and drank in similar way he used to drink Beer. After drinking too much, I threw it upwards, which fell downwards and crashed on Nitin’s head. 😛

Meanwhile, the girls of our class were sitting in a group, bit apart from us. They might have not got an idea what actually I was doing in the middle of my friends. They even might have thought that What the HELL on earth this douchebag was doing. 😛

After the conclusion of my act, I’ve got lots of appreciations from my mates and friends. Few gave me some nice compliments to work more upon for further enhancing my skills and never give up such an amazing talent. I felt really good that they liked my act. I was really satisfied from myself I did my best. In a nutshell, I’ve got chance and I’d nailed it. Hopefully, I would be able to bring something new next time, if I get the chance to “Break the Ice” once again.

For those, who don’t know what Mimicry is all about. Take a look on the following Video of Mimicry of various Bollywood Actors. Y’all get to know more than enough about it. 😉