I’m back again with my artwork. Well this time, I’ve made a sketch of a Karate Fighter named 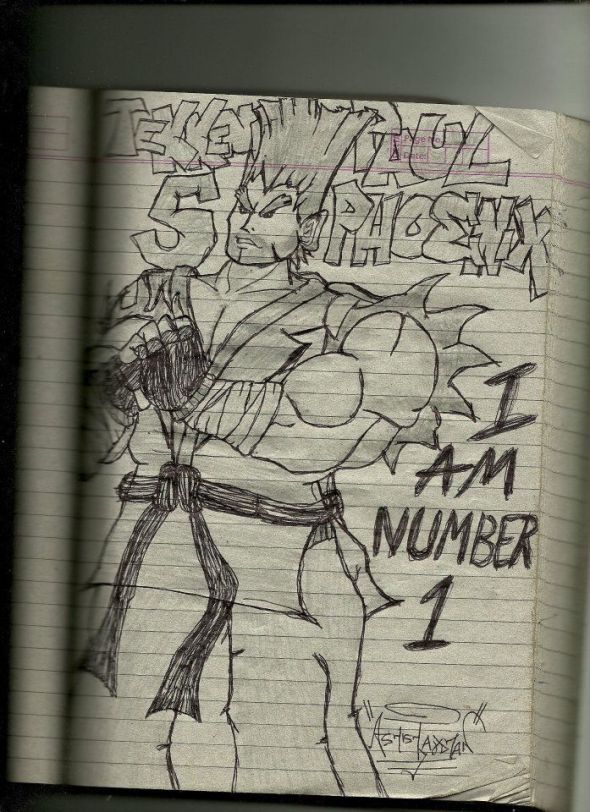 from Tekken 5 Arcade Fighting Game, with the help of pencil shades and black ball-point pen outline. Plus, He’s one of my favorite fighters in Tekken series.

Take a look on the artwork, fellas.

It’s been a long time I suppose, I’ve made an artwork of Girl and even a sketching of a Diva. I’ve got nice reviews for the first one. However, some of my friends criticized my Diva artwork and calling it a parody sketch work Aerosmith‘s Steven Tyler. So I thought why don’t I make something better. This time, I’ve sketched a Sassy Version of Diva, with the help of Blue Ballpoint pen on a Paper. Here’s what I’ve made.

However, Thanks to such criticizers which helped me to improve on my little mistakes. Hopefully, They’ll get me now after watching this stuff. Feel free to post your thoughts, even criticism.

This Artwork is part of Sunday Sketches

I’m back again with my artwork after working on the long Big 4 Project.  The End Semester of my College is about to begin and therefore, I’ve decided to ruin some of my College Notes once again with an amazing art. I’ve made this Artwork few months ago. It’s just a simple sketch of Fox designed on a Tribal theme, with a Ballpoint Pen. Take a look on it Fellas !! 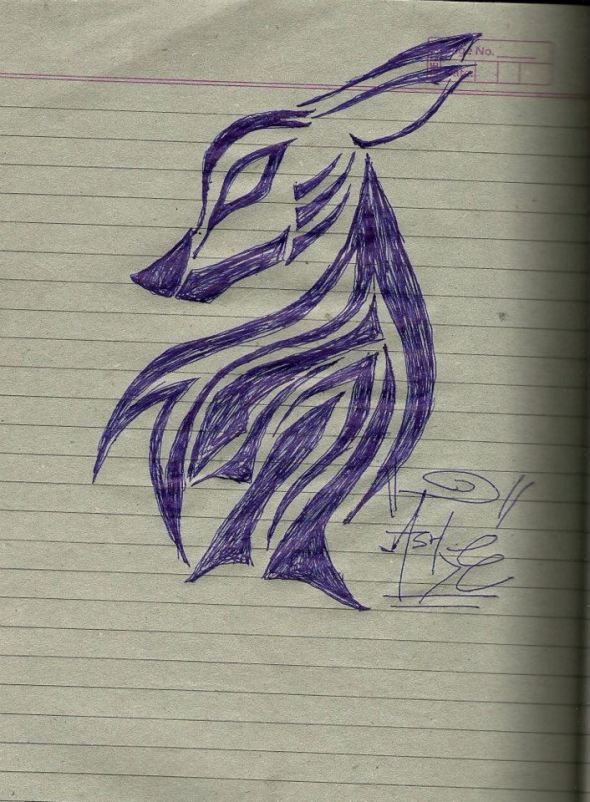 Well, This week is strongly dedicated to the last but not the least The Big 4 Band called ‘SLAYER’. Though they also belong to Thrash Metal like the previous dedicated bands, they have extremely different theme. It is all about Satanic Forces. This band plays extreme music and loud vocals most of the time, just to ignite the evil inside you. Kinda fusion of Thrash Metal and Death Metal. But seriously, not that much maliciously brutal like Norwegian Black Metal. However ironically, the lead member of this band, Tom Araya is catholic himself. 😛

Being a fan of Slayer, I won’t provoke anyone to unleash the ‘Satan’ and burn down the churches because I am not an atheist and won’t do anything against humanity. But I do believe that there exist a combination of good and evil in this Ying-Yang world. Both sides are wide open, it’s up to your thoughtful mind which side you wanted to go on.

I see quite lot of posers trying to cherish the Satan with horrible and shameful acts, just to justify what that particular favorite bands tells them. These suckers have actually emancipated the wrong anti-social thoughts to the world of thousand cultures, which is sort of disrespectful practice for the sake of humanity. 😡

Besides, Today is the day of the doom (what the Mayans predicted: P) and we are still surviving. There is no end of human race and we still have got a chance to retain the humanity once again to position where it deserves to be.

Anyways, coming back to my artwork. It’s just like what I’ve made previously. The Artwork of logo this legendary band has been drawn with Ball-point pen on an A4 Sheet, along with the names of their famous songs (around 50-60 I guess), written in (my personal favorite) Graffiti Tags.

As most of you guys know that yesterday was 11th Death Anniversary of The Legendary Rock Artist and The True Rockstar of 80s. Freddie Mercury, the Frontman of Queen, was indeed the most rocking personality. His dedication and contribution in Music Industry had become and still will be an epitome of greatness and perfection.

And Besides, I have decided to showcase an abstract sketch artwork, which I’ve drawn a long time ago using Ball Point Pen on a Cardboard, giving him a Tribute. At least as a Fan, I oughta do this. 🙂

Anyways, Take a look on it Fellas !!

Hopefully, You have love my dedicating artwork.

Good and special thing is that I’ve made Half-Angela on the left and Half-Otep on the right side. 😉

So here’s the Fusion Name what I’ve got from this art,

Interesting huh ? Let’s see how you gotta do this.

Moreover, Angela is turning 38 on 5th. While, Otep is turning 33 on 7th day of this month. So therefore, I’ve dedicated this art as a Tribute to their achievements in their respective genres.

Hopefully, they both gonna see that and like this piece of work.

I’m back again with my artwork. Well this time, I’ve made a very famous Anime Cartoon Character (not any one from Dragonball Z :P). He is the king of Nine-tail fox Naruto Uzumaki, the main protagonist Ninja of Naruto and Naruto Shippuden Anime series. Plus, I’ve included my Graffiti Calligraphy Touch along with my ole school exclusive Signature Tag on the top right and latest one on the bottom left. Anyways, Take a look into my dedicated piece of work.

Again, the college lecture notes have been screwed.

After sketching a lot of Cartoons, Living and Non-Living Objects, Posters, Graffiti and even The Mighty Mascot for my College Technical Fest, I thought of sketching myself this time. Though it was totally freaking me out and even was feeling shy for a while, thinking of making my own sketch. Later I thought of making my own Cartoon first, for getting things started. So, I’ve drawn my Cartoon, during my Boring Class Lectures yet again :P, giving my Current Hairstyle, my Style of Wearing, and even I-Pod with Headphones for listening some Music. This is totally me. 🙂 Maybe Unique, but not a Counterfeit. Take a look around on my Creation. 8)

This Art has been posted in Paint Party Friday Week 22 and Sunday Sketches.