Our Pity Little Mind
filled with Ying-Yang Rhymes.
Thinking Right or Wrong,
Spreading Love or Hate,
Dwelling Respect or Ego,
Doing Perfect or Mistake,
Becoming a Friend or a Fiend,
Admiring Truth or Lie,
Building Trust or Betrayal,
Raising a Rose or a Gun,
Preaching Peace or War,
Making Heaven or Hell.
All over this supreme Duality
Either we Live with it or just Fake over it.

Good and special thing is that I’ve made Half-Angela on the left and Half-Otep on the right side. 😉

So here’s the Fusion Name what I’ve got from this art,

Interesting huh ? Let’s see how you gotta do this. 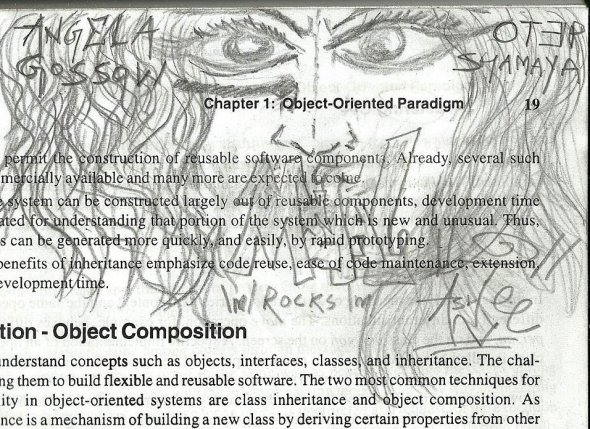 Moreover, Angela is turning 38 on 5th. While, Otep is turning 33 on 7th day of this month. So therefore, I’ve dedicated this art as a Tribute to their achievements in their respective genres.

Hopefully, they both gonna see that and like this piece of work. Well Guys, I don’t need to explain it briefly since the following figures would tell the whole story. 😛

For more information on Facebook Statistics you can view another infographic here.

Well Guys, I don’t need to explain it briefly since the following figures would tell the whole story. 😛

For more information on Facebook Statistics you can view another infographic here.